Today, Aakash's final essay was released for NewMusicBox.  In it, he discusses ideas about how the cultural and universal collide within art.  Be sure to check it out and catch up on his three preceding essays in the series.  The four essay, entitled "Questions of Identity," can be found here.

Aakash's second essay is now on the NewMusicBox website!  Click here to read Aakash's thoughts on music and his experiences living in Kolkata entitled, "Street Music, Noise, and the City of Joy."

May 11th: Performance at the Brooklyn Raga Massive

Aakash Mittal and Julius Schwing first collaborated at the Banff workshop for creative music in Canada. Under the tutelage of esteemed composer and saxophonist Hafez Modirzadeh, the duo wrote a number of pieces drawing from microtonal maqam tunings and exploring intervallic colors. Schwing and Mittal met up again in Kolkata, India in 2014 for a series of performances and to expand their repertoire. (Julius is pictured at the top of this page on the far left.) Now they are revisiting these compositions in New York City with the added voices of Carlo De Rosa on bass and Alex Ritz on drums. For details on the show, click here.

Mittal Gearing Up For Performances Back in the US

Aakash has finally returned home after his long stretch studying Hindustani music in Kolkata, India.  He hopes to see you for his first performance back in the states on Sunday, April 26th at the Shastra Festival in New York City.  In addition to a performance by the Awaz Trio, Aakash's newest project featuring Rajna Swaminath on mridangam and Rez Abbasi on guitar, Face the Music will be premiering a new work by Mittal commissioned just for the festival.  For more information including tickets, times, and location, click here. 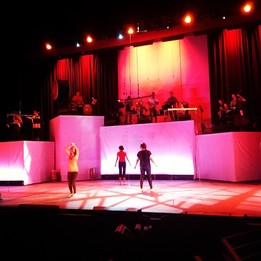 Tonight is the opening night for Mudra Dance Studio's production of Gyaan: Truth through Knowledge in Denver. This is an amazing project that I have been working with through the summer. I am excited to be featured with a number of improvisations and composed melodies in this work. If you are able to make it please let me know and I will come say "hi" at intermission.

For more than twenty years, Mudra Dance Studio has been bringing Indian dance to Colorado stages with a flourish of colorful costumes and unstoppable energy. The evening-length work GYAAN: Truth Through Knowledge at the Lakewood Cultural Center addresses the numbing effect of violence and unspeakable crimes with a hopeful heart, and includes a live ensemble of musicians, aerial performances, and Aurora Poet Laureate Jovan Mays in a spectacle Mudra calls its "gift to the world, a way to give back, remember those lost, inspire the desire for change, and heal together as a community." (Westword Magazine)

For more information about the production, please click here.

For more information on everything I am doing including details of other upcoming performances, please click here.

Finally, I want to say a big thank you to everyone to attended the Colorado premiere of the Awaz trio earlier this month. It was wonderful to share this music with my Colorado community.

Thank you for the support!

I am excited to bring my latest project, Awaz Trio, to my Colorado community. The conception for Nocturne began nine years ago during my undergrad at CU Boulder. I was inspired by the Indian concept of rasa, the literal evocation of emotion through music and dance, and time theory, the idea that certain ragas communicate specific times of day or night. I knew then that I didn't have the skills or knowledge to even begin such a project. I predicted that I wouldn't start until I was at least thirty.

Right now I am twenty nine so I guess the prediction was accurate. My recent year long fellowship in India gave me the opportunity to have an authentic experience with Hindustani raga music and the space to explore this idea for the first time. This is also my first project to incorporate traditional Indian percussion in creative improvised and composed music. In many ways I feel I am only just beginning to sculpt this idea into sound.

The musicians I am collaborating with have cultivated their own original voices stemming from a diversity of traditions. Matt Fuller is a Brooklyn based guitarist whose sound emanates the western slope and jazz language. Rajna Swaminathanalso hails from New York City and is doing ground breaking work creating a space for the south Indian hand drum, called Mridungam, in improvised music.

Please join us for a night of creative music. The sounds of West Bengal will collide with Carnatic ragas and New York City beats to create music that is at once steeped in tradition and distinctly modern.

Welcome to the Aakash Mittal Music newsletter! Jayanthi and I made it safely home to the United States. We have been feeling a bit of culture shock and have been enjoying all of the food, music, and people that we missed while abroad.

I am excited to be debuting a new project called Awaz Trio that features Matt Fuller playing guitar and Rajna Swaminathan playing mridungam. We are giving a number of performances on the east coast and in Colorado premiering my AIIS project Nocturne. This trio is a dynamic development in my goal of pursuing a sound that expresses the night through reconciled traditions. Please join us at one of these performances so we may share this project with you.

I will be giving my first performance at an established NYC music venue on August 5th at Cornelia St. Cafe. In addition to that I will be playing with my long time musical heroes Rez Abbasi and Tyshawn Sorey along with my friends Rajna Swaminathan and Anjana Swaminathan. Please wish me luck and if you living on the east coast please listen to the music.

In late September I will be performing in Gyaan with the Mudra Dance Company in Denver. This project will be utilizing Kathak and modern dance styles to make a statement about loss and healing in our society. I am thrilled to be part of such a wonderful band of Denver musicians. To help fund the project Mudra is doing a kickstarter campaign. If you are interested in checking it out please click here.

Thank you for supporting Jayanthi and me during our adventures in India. We have many more exciting projects and concerts in the works so please stay in touch.